APP STORE SUMMARY
John "Loose" Kannon is the leader of a special team of hardened cops that aren't afraid to bend the law to clean up the streets.
But when they kill a local drug lord's brother and steal millions in cash, Kannon's whole team becomes a target of revenge. Now Kannon has only one option: take down the gang leader that's hunting them, legally or not, before his team gets taken out first.

"An impressive action game that will keep you playing until the end" - SLIDE TO PLAY
"9mm looks great, plays great, and its story will keep you entertained through all of the game's 12 levels" - INTO MOBILE

HIGH CALIBER ACTION
• Dive headlong into stylish gunfights where you’ll jump, shoot and fire clip after clip in stunning slow-motion stunts to take out rooms full of criminals.
• The action really comes to life as destructible environments splinter and explode from the gunfire.

ALL IN A DAY’S WORK
• You’ve got a dangerous job on your hands, so arm yourself with an arsenal of weapons, including a pistol, shotgun, submachine gun, grenade launcher and more.
• Set out to fight crime and corruption in varied locations like the Latino Suburbs, Night Club, Police Department, Rich Suburbs, Industrial Area and Mexico.
• You’ll need to catch gang leaders and informants alive, chasing them through city streets and taking them aside for a not-so-friendly chat in the interrogation challenge.

THE FIGHT NEVER ENDS
Go online to join friends and other opponents in Free for All and Team Deathmatch gunfights for up to 12 players on 4 different maps.

STREET BEATS
A hip-hop/rap soundtrack that intensifies the tone of the game, including established artists such as:
• Freeway & Jake One
• Beanie Sigel
• Apathy

Featuring a special in-game appearance by Freeway & Jake One.

This app allows you to purchase virtual items within the app .

To add a Qi badge for 9mm to your site: 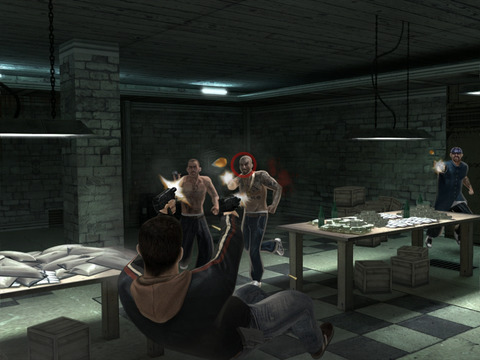